My 5 Favorite Promotions of the Week

The other day, I got lunch at this fast-casual, healthy restaurant in Philadelphia that I frequent often (because they have the best sweet potato hummus). On this particular visit, it was raining, so I paid extra attention to the paper bag the cashier handed me, as I realized this bag would not stand up well to the elements.

Upon further analysis, I realized the bag had no branding or logo, and looked no different than an ordinary brown paper bag. Working in the world of promotional products, I couldn't help but lament the potential marketing opportunities this brand was missing. And then my lunch and I got soaked in the rain.

Since then, I've found myself paying even more attention to promotional products in the wild, and this is my way of giving credit to those who go the extra mile with their promotional campaigns.

Here are my five favorites from this week. 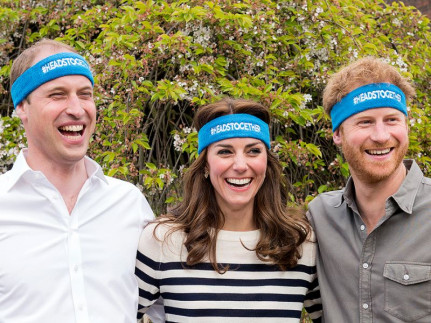 I'm a sucker for any clickbait featuring Kate Middleton (pathetic, I know), but I was really glad I opened the story about the Heads Together campaign that ran this week. Basically, Prince William, Prince Harry and Princess Kate worked together to launch this campaign in support of mental health issues. I love the literal approach to the promotion—the cause is for the head, and so is the promotion. Plus, it utilizes a hashtag, making its social media campaign easy. 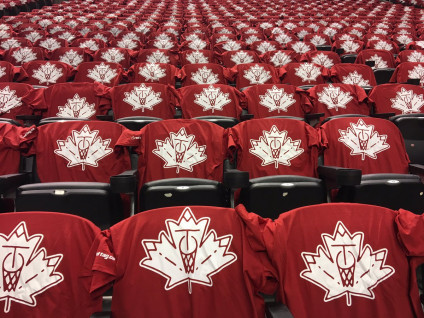 This is going to seem counterintuitive because I just ranked the Toronto Raptors' giveaway T-shirts as the worst in my NBA Playoffs T-shirt Giveaways article. That being said, I might be subscribing to a different mantra for game five: It's so bad, it's good.

I'm starting to think the Raptors' marketing team isn't just awful with team giveaways, but instead, they like being the weird ones. It's certainly generating a buzz, as it's been all over my social media all week. Perhaps more people should subscribe to the Raptors' philosophy: If you can't make it the best T-shirt, make it the weirdest T-shirt. 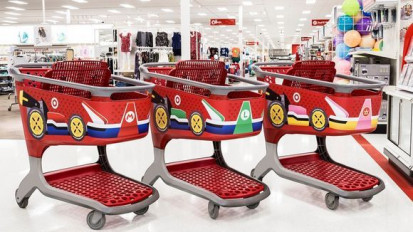 I'm not sure if a shopping cart can be classified as a promotional product, but these Mario Kart-themed Target shopping carts got my attention. This campaign launched to generate excitement for the new Mario Kart 8 Deluxe game for the Nintendo Switch, which comes out this Friday. The revamped carts have been making headlines this week, so it's probably safe to say the campaign is a success. 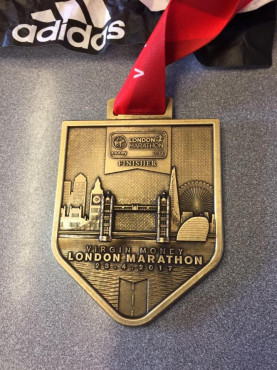 (Image via The Sun)

Sure, people run to run, but people also run for race medals (myself included). So you can't truly judge the success of an organized run unless participants are showing off their finisher's medals. But, Virgin Money's London Marathon race medal is going a step beyond, with runners selling their medals on eBay.

Personally, I love the design of this medal. It features a number of London landmarks, and still manages to avoid looking overcrowded. And, Tower Bridge right in the middle is a nice visual touch.

We’re giving away Phanatic MVP Club memberships for the Phanatic's birthday! RT for chance to win!

It was the Phillie Phanatic's birthday this week, so I had to share this one. Members of the Phanatic MVP Club were lucky recipients of the Phanatic Beach Towel and the Phanatic Paddle Ball Set. I like this promotion because it goes deeper than a baseball promotion. With baseball season synonymous with summer, it makes sense to give kids items they can use poolside or at the beach. And, what can I say? I just love this mascot.