By Elise Hacking Carr
Facebook Facebook Twitter Twitter LinkedIn LinkedIn Email Email 0 Comments Comments
I’m about to lose any street cred I may have, but here goes nothing. Whether you’re chatting with friends or making small talk with acquaintances during a party, at some point the topic turns to music. Then, you’re forced to answer the question: Who was your first concert? I’ve seen so many shows in my 31.5 years of living—from the Pixies to Depeche Mode to Frankie Valli to Iggy Pop to Roxy Music, etc. And, while David Bowie may have been my first love (no joke), he wasn’t my FIRST concert. Nope, I have to answer the above question with “NKOTB,” or as people my age might call them: “New Kids on the Block.”
If you read my debut blog, “Spice Up Your Wardrobe,” I discussed the unexplainable phenomenon that was the Spice Girls (and told you how to dress like them). Now, it’s the boys’ turn. When I was in high school, those who weren’t obsessed with the awesome, but now defunct, local alternative rock station 103.9 WDRE were engaged in an all-out war over who was better, hotter, whatever: The Backstreet Boys or ‘N Sync. Occasionally, the underdog group 98 Degrees crept its way into the mix only to be greeted with lukewarm enthusiasm. As much as I wanted to dislike these bands, every now and then one of their catchy tunes lured me in and the next thing I knew, I was purchasing a ticket to see O-Town (Note: I never made it to the concert). Until now, this was my dark secret. You would never see “I a respectable career for himself.
My point? The boy bands are returning to the music scene. Perhaps not surprisingly, they’re making a statement with their fashion choices (not their Pulitzer-worthy “Girl, if only you saw what I can see” lyrics). Take, for example, the British-Irish boy band One Direction. Here is what I know about them: nothing. The article, “One Direction – Boy Band Fashion Trend Setters, To Follow 2012,” told me enough. These boys can’t seem to stick to just one style—a designer’s dream, I suppose. As the article suggests, they have worn it all, including “blazers, vests, chinos, braces, colored suits, cardigans, trainers, checked shirts, bow ties, layering and the grunge look.”
Musical tastes aside, clearly, these boys are doing something right. Your customers, particularly young adult males, may want to model their varied looks. Here is a sampling of what you can sell to clients to help them at least look like the next million-dollar sensation.
Unisex Cardigan Sweater with Pockets from A+ Career Apparel 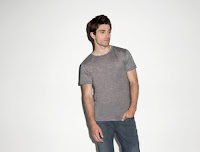 (Editor's Note: I listened to One Direction's song, "What Makes You Beautiful," after I wrote this. Big mistake.)