With March Madness gone, basketball fans are focusing on another basketball event: the 2017 NBA Playoffs. Whether it's to watch LeBron go for another ring or the Golden State Warriors' dream team, fans everywhere are ready for an exciting end to the 2017 NBA season.

And, as per usual, all I can focus on are the T-shirts. Last year, I did a roundup of the 2016 NBA Playoff T-shirt giveaways, and I figured, why not go for the two-peat this year.

With 16 teams currently battling for their playoff positions, there's plenty of promotional tees in the spotlight. But, who will earn the top spot in the T-shirt tournament? 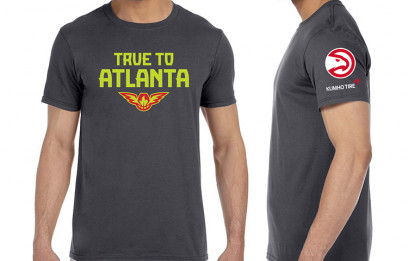 (Image via the Atlanta Hawks)

To win the promotional T-shirt showdown, you have to present a unique giveaway. The Atlanta Hawks' tee for game three features a glow-in-the-dark logo from Kuhmo Tire, and I am a fan.That way, fans can show their support even after sunset.

For the Pacers' game three, the team is rolling out these Gold Out tees for fans in attendance. Personally, I love the slogan, and the simplicity of the actual graphics. Plus, the "Pacers Playoffs" text at the top is a good way for fans to commemorate the event. A lot of NBA teams don't mention "playoffs" anywhere on their giveaways. 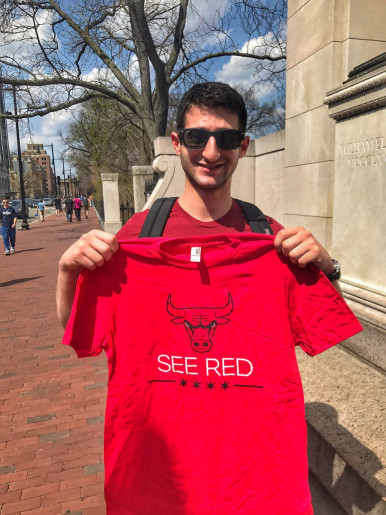 Honestly, I'm not sure if this is a game tee, but the Bulls gave away these tees to fans around Chicago, and I think they're a winner. They feature the team's mascot, as well as a catchy slogan.

The Q is fitted for Game 2.

20,562 whiteout tees & towels await the best fans in the land, thanks to @linglongtire!#DefendTheLand https://t.co/qB2vqkwn3M

I think the Cavs did a good job with their shirts this year. I like the font, I like the "C" logo and the colors are perfect. This might be the first time I've ever paid the Cavs a compliment. Don't let it go to your heads, guys. 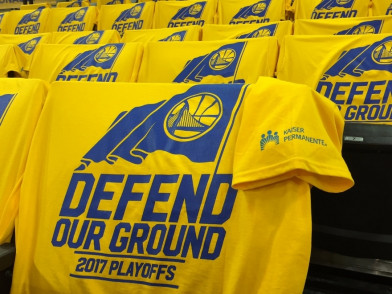 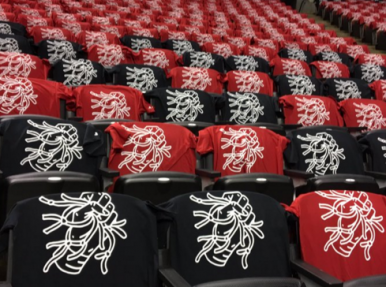 The Toronto Raptors consistently roll out T-shirts that make their fans say, "What on earth is that?" The same holds true with this year's playoff tee, which seems to resemble a fist grabbing a basketball net. Although if you ask me, it looks like a hand crushing a bunch of snakes. 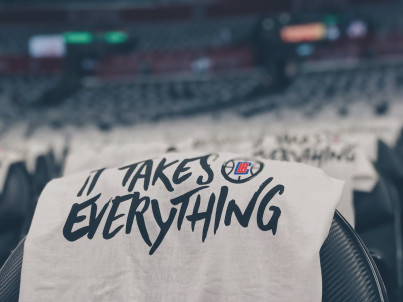 I think I've got a negative association working against the Clippers on this T-shirt giveaway. My high school basketball team used a similar font for its varsity sweatshirts. I hated it then, and I hate it now. Sometimes, a handwritten font makes sense, but I personally don't think it has any business on an NBA Playoffs T-shirt. 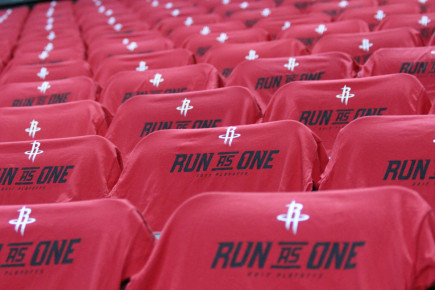 This T-shirt the Rockets gave away for game one is so close to being a winning promotion. I just have one problem with it—the "A" in "As" looks too much like an "R" to me. Maybe it's me, but I can't stop misreading it. However, I like the logo and I like the slogan, so it's a close call.