If you've been anywhere in my vicinity this past week, you've probably heard my "Beyoncé is a genius speech." (Sorry, roommates, parents, friends, family, strangers on my bus, etc.) First, she debuted her amazing athleisure line, then she surprised fans with the work of art that is "Lemonade," and, finally, she showed her skills at selling promotional products.

For her latest tour merchandise, Beyoncé is embracing the haters. After law enforcement criticized her Super Bowl performance, the phrase "Boycott Beyoncé" began its Internet voyage. Instead of ignoring the negative press, Beyoncé made a major power play. The singer started selling "Boycott Beyoncé" merchandise on her current tour. 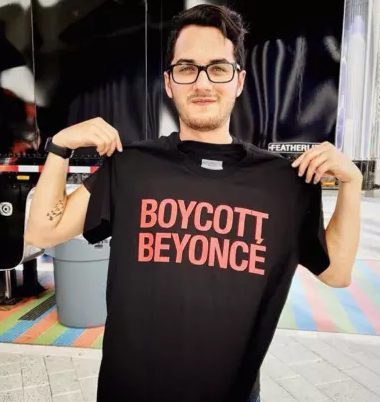 Basically, Beyoncé is showing she's impervious to haters, and she's so confident in her flawless talent that she ironically could sell these T-shirts. Not only is she making money off these "anti" looks, but fans will be sporting the T-shirts everywhere. Thus, the power of the suggestion has lost all meaning.

Beyoncé also taught us all something about brand integrity. She knows who she is, and she's not going to change because it makes some people uncomfortable.

So, to anyone looking to launch a new promotional product line, consider something a little more "out there." Try something bold and daring, and you might see an even bigger payoff.