What would you do if the media drew a correlation between your latest T-shirt promotion and an infamous Chicago gang symbol? Just ask Urban Outfitters.

The publicly traded retailer recently pulled a new T-shirt called the Vanguard Pitchfork from its shelves. Priced at $32, the shirt featured a design that some argued resembled the gang symbol of the Gangster Disciples, a notorious Chicago street gang consisting of roughly 18,000 members. A June editorial in the Chicago Tribune pointed out the criminal organization’s “long history of vicious criminality” and suggested this particular gang “accounts for a significant fraction of Chicago homicides.”

“Urban Outfitters had no prior knowledge of this symbol’s affiliation when we purchased the t-shirt from the designer. It was never meant to offend nor promote gang violence.”

All evidence of the shirt has since been removed from the company’s website.

While mistakes are bound to happen, as Sean Norris reported in his piece about Nike’s Carolina Panthers T-shirt decorating error, Urban Outfitters is no stranger to controversy. The Vanguard Pitchfork T-shirt follows a long list of offensive designs including the “Jewish Star” T-shirt, which outraged the Anti-Defamation League of Philadelphia with its strategically located patch (on the pocket directly above the yellow shirt’s left breast).

You might be thinking: What else should we expect from a company notorious for selling unethical values to its young hipster clientele (in an ironic way, of course)? Point taken, but shouldn’t Urban Outfitters be held a bit more responsible for what it approves? Enough incidents have certainly occurred to warrant a boilerplate answer for media distribution. Is that enough?

Maybe Carroll’s statement to The Huffington Post was sincere. However, shouldn’t some, oh, I don’t know, research be involved before signing the dotted line? Just because one person has zero knowledge of the Gangster Disciples doesn’t mean someone else isn’t one step ahead. Not to mention I just performed a quick Google search using the key words “pitchfork symbol offensive” and an image called “Street Gang Dynamics” turned up as the fourth result.

Or is this entire thing being overblown (I assume pitchforks are now off limits)? How would you have handled the situation if your client wanted this design printed? Do you have a proofing system in place designed to catch this kind of mistake? 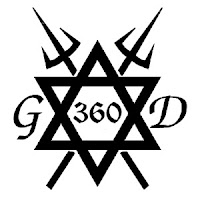 Can't Find T-shirt Stock? Try These 8 Ways to Save the Order