Would You Ever Wear (or Imprint) a Tail?

Did you ever wonder what it would be like to have a tail? 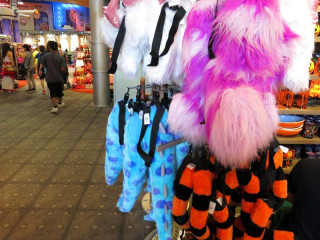 I never really gave the idea much thought—until I saw plush tails (with elastic bands to hold them in place) for sale in Disney World.

On my last two trips to the house of mouse, I’ve stood in front of the display of tails for Tigger, Mike “Sully” Sullivan, Marie from “The Artisocats” and the Chesire Cat trying to convince myself this wouldn’t be a wasted purchase. That, at some point, there would be a situation where I would be happy to have an attachable tail.

Even as a novelty item, I have yet to come up with a plausible scenario (outside of Halloween), and as a result have not purchased one (yet). But I confess: I really want to, even though I don’t know why. 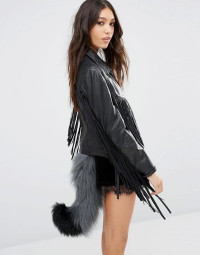 And it looks like I’m not the only one who is intrigued by the idea. ASOS now offers five tails—fox, wolf, cat, leopard and “shinosaur” (the black dinosaur tail is currently out of stock)—for adults. Upon further investigation, there’s an entire London-based company dedicated to creating wearable tails.

So, how do you feel about the idea of a tail? Admittedly, there are plenty of strange products in the world, but sometimes, quirky works.

Could you see a wearable tail working as an effective promotion for one of your clients? Would you be willing to imprint one?

And, can someone please give me another use for the Sully tail? (The Cheshire Cat tail is also fun, but after years of being called “Allison Wonderland,” I don’t particularly like the character.) I’ll be in Disney on Halloween, and I don’t know if I’ll be able to resist the ready-made costume this time around.