Have Your Designs Been Flagged? 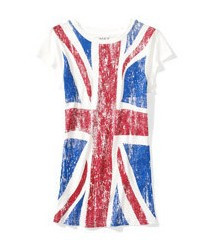 In two days, I’m heading to London. Admittedly, I have not started packing yet—though I have thought about packing. (That counts for something, right?)

Maybe I’ll throw in a few of my British favorites: a Harry Potter shirt (or three), my Genesis tee, a Shakespeare top—somewhat subtle nods to my love for the culture. Well, they’re at least more subtle than wearing the British flag in T-shirt form.

Though I’ve done that. Back when we all wanted to be the sixth Spice Girl, I bought a shirt with the U.K. flag design wrapped around it. Except even then I felt silly wearing it. I wasn’t British. I had never been to the U.K. I couldn’t even speak with a British accent. In short, I didn't feel attached.

A flag is a symbol of unity. It’s a symbol of pride and belonging. When you put it on something, it’s the ultimate logo.

At least that’s how I explain the appearance of the Maryland state flag on just about any product imaginable.

I’ve been going to Baltimore for Orioles’ games my entire life, and I went to college in Baltimore, too, so I’ve had time to see the trend take off. 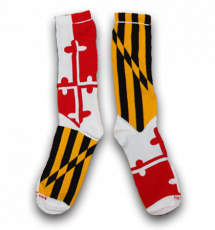 Image via Route One Apparel

Wherever you go in Maryland, you’re never too far from the flag’s design. It’s on sides of buildings, tunnel entrances, towels, bikinis, socks, shorts, T-shirts, flip-flops, sweatshirts, ties, magnets, window decals, belts, sunglasses, purses, umbrellas, ornaments, can coolers, scarves—believe it or not, the list goes on. It’s used in conjunction with other quintessentially Maryland symbols, like crabs, and merchandise for the Orioles and the Ravens. It’s even integrated into the jerseys and helmets of the University of Maryland Terrapins.

But what may come as a surprise is the popularity of a flag with such a seemingly discordant design. Take a look. 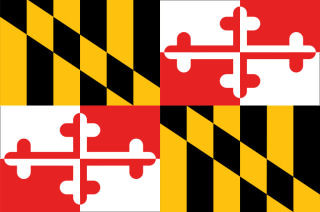 It’s a busy design, to say the least. Split into four quarters, it consists of two separate designs—the arms of the Calvert and Crossland families, both prominent in Maryland's foundation. The designs of the two arms do not complement one another—and neither do their colors. And yet, it is a symbol that has crept into (and onto) every facet of a Marylander’s life.

Whether you know that it’s the state flag design or not, it’s a bold design that will catch your attention. Even to this day, I still notice each time someone is sporting the flag.

Maybe there’s an underrated power in bold, eye-catching designs. Maybe your logo and your products could take advantage of that same power.

After all, there’s a reason why the Pennsylvania state flag isn’t taking over the apparel world. And there’s a reason why I own Maryland state flag merchandise, even though I’m a resident of Pennsylvania. It’s not that I don’t take pride in my state—it’s just that, as far as design goes, there’s nothing all that riveting about a blue background with two horses on it.

Remember, fortune favors the bold. (That goes for designs, too.)

Maybe when I get back from London, I’ll be bold, too, and give the British flag shirts another try. My accent still will need some work, though.