How to Help Orlando a T-shirt at a Time 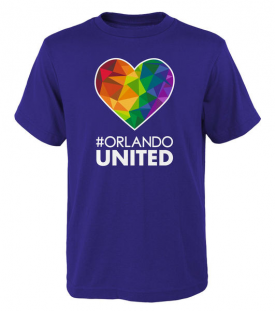 In the wake of tragedy, like the Pulse nightclub attack in Orlando, Fla., where 49 people died and 53 were injured in a mass shooting, many people are moved to action. And we saw it happen. People raced to donate much-needed blood for those injured. Landmarks were lighted in rainbow colors.

But it can seem overwhelming for an individual to process how he or she can help in such a situation. While it may seem small, purchasing a T-shirt that honors those lost is another powerful action—and statement.

In this industry, we know the power of a T-shirt. We know how many impressions they provide—and how effective those impressions can be.

A shirt donning a slogan in support of Orlando combats the hate that caused this tragedy and unites us all in support of our fellow man. When you combine the power of the message with the fact that the proceeds (or at least a portion of them) from these shirts go directly to organizations that help causes related to the tragedy, it becomes a tangible method of assistance.

And there are plenty of ways to get involved—whether that’s through buying one of the many shirts already out there or creating one of your own.

Need to find inspiration or want to lend your support to the cause? Here are a few of the many options available:

The healing process won’t be easy, and, sure, a T-shirt alone isn’t the answer to ensuring a tragedy like this never happens again. But together, we can put love before hate, we can honor those lost, and we can help the victims’ families and survivors—one T-shirt at a time.