How Important Is the Bag?

I walk to work every day with all of my stuff in a backpack. On this walk to work, I pass other working professionals with leather messenger bags and nice briefcases. The majority of backpack-users I see are heading to the school up the street. Every morning, I think, "Man, maybe it's time I actually get a nice bag." I did, at least, ditch the backpack that got me through college in exchange for a much nicer one. But still, does the bag I'm carrying make a difference in the professional world?

It seems like I'm not the only one on the lookout for a more mature bag design. Mike D, best known for fighting for his right to party as a member of the Beastie Boys, just designed what he calls a "grown man" bag, noting his own desire to move on from backpacks. 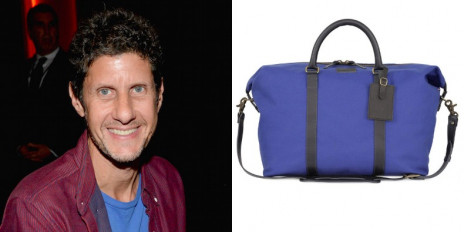 Mike D from the Beastie Boys designed what he calls "grown man" bags. (Image via Pitchfork)

"I was showing up at the studio all the time with no bag, being like, 'I don't want to have a backpack," he told Billboard. "I've had backpacks my whole life, and I'm a grown man now. I should have something better."

He ended up designing that "something better," by teaming up with designer Clare V. for a new line of bags, with prices ranging from $525 to $625.

Yesterday, we reported that Ikea redesigned its old tote bags. You've probably seen them if you shopped at Ikea before. The blue, plastic tote bags are available in displays by the registers, but, in 2017, the store is going to release woven bags with a more upscale design.

As promotional products distributors, you have plenty of options when it comes to bags for your clients. It's vital to take into account the demographics of those end-users. Will they want something that looks upscale? Will they value function over looks, or vice versa? Do they want both? Are they afraid that they look too juvenile walking into an office with a backpack that they used when they were 18? (OK, maybe that last one was just me.)