This week has been a dismal one for me: The Philadelphia Eagles were eliminated from the NFL playoffs, my brother beat me several times in the Settlers of Catan, and it's been raining nonstop in Los Angeles where I live (I know, it's hard to feel bad for me). So, I sought to cheer myself up the only way I know how: taking a deep dive into promotional products, and beer, but that's a different story.

In terms of this week's promotional products, I've been very impressed with several minor league basketball offerings, as well as charity merchandise, and more.

Keep reading for my favorite five.

California charity California Strong hosted a celebrity baseball game to benefit the victims of the California wildfires, and I've got to say the uniforms are a home run.

I was just thinking about how hilarious "Semi Pro" is, so I was extremely delighted to see Detroit's minor league basketball team has plans to capitilize on the film.

The @windycitybulls wore these custom Deaf Awareness Night uniforms & donated proceeds from their auction to the Illinois Association of the Deaf (@IADeaf) 👏 pic.twitter.com/kymzt0EOwA

I'm telling you, the minor league basketball promotional game is nothing to scoff at. Even better, these jerseys benefitted a great cause.

Another charity promotion that features a clever design. I like that this is a callback to the brand's successful charity T-shirt. 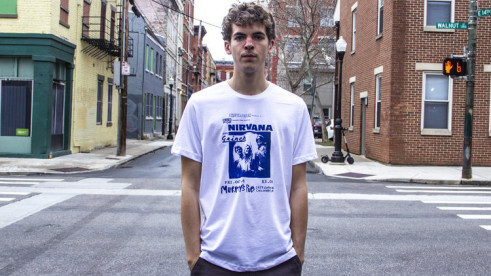 Credit: We Have Become Vikings Store

I love Nirvana, I love women's rights, and I love these Bella+Canvas T-shirts.