Yesterday was the Philadelphia Phillies home opener, and, of course, they lost because they know that I have my heart invested in them and they just want to disappoint me. Sorry, did I say that last part out loud?

Anyway, because I live in the city, I saw plenty of people who obviously were coming from the game. And no, I couldn't tell because of their disappointed expressions. I could tell because they were wearing and holding promotional products.

Many were wearing the standard Phillies T-shirts and caps, but some items that I see at games and on the street are more original.

1. Stuffed Animals
Did you know that when players hit home runs in Japan, they receive stuffed animals upon reaching home plate? I think that we should incorporate that here in the States, too. I would love to see Ryan Howard get a little Phillie Phanatic stuffed toy. (That means he has to start hitting more home runs, though.) 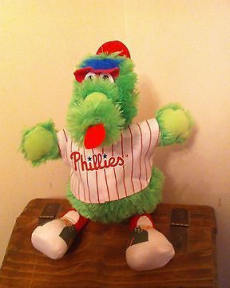 2. Yoga Mats
OK, I actually didn't see this one yesterday, but one of our very own editors told me today that she's going to a Phillies game next month, and she gets a free Phillies-branded yoga mat that she'll use on the field before the game. I'm tempted to bring my very inflexible self to Citizens Bank Park that day to receive that cool item myself. 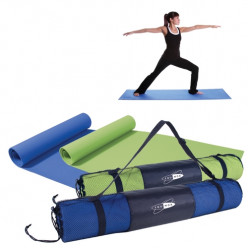 3. Socks
I could see this being more common for a team that incorporates "Sox" in its name (like Boston or Chicago), but I still see plenty of Phillies-branded socks before, during and after games. It looks like the team is catching on, since it's giving out retro socks in June. 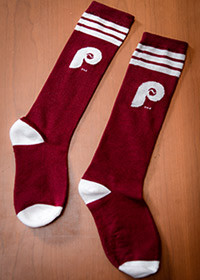 What are some of the best baseball promotions you've seen?