Last week at PROMOTIONS EAST, David Miller, president of Chocolate Inn/Taylor & Grant, gave me a sample of his latest product: Energy Sheets. The mint-flavored strips include 50 mg of caffeine, about the same as a single shot of espresso, and were one the only things keeping me awake from trade-show opening to afterparty bar closing.

I thanked David for keeping me from passing out at our booth, and a week later, I received a package with about 10 Energy Sheets. I thought I'd give you guys a little review of what it's like to take them. All of them.
First Sheet – 8:15 a.m.
Peeling the cardboard back reveals the tiny blue strip sealed in airtight plastic. On the reverse side of the plastic is all of the dietary information, which also appears on the back of the cardboard slip. 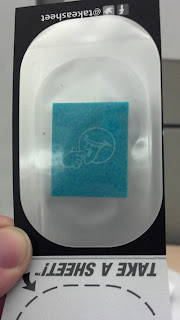 As soon as I pulled apart the plastic, there was a whiff of refreshing mint. The candy peels off easily, and once it hit my tongue, the strip dissolved within 30 seconds. If you've ever had Listerine breath strips, the taste is pretty similar. Within minutes I could feel myself becoming more awake, alert and energized (I skipped coffee for this experiment). So far, so good.
Second Sheet – 9:00 a.m.
I drink at least four cups of coffee every day, so I'm not too concerned about excessive caffeine intake or exploding heart syndrome, which I just made up but is totally a real thing. The second strip tastes as minty and refreshing at the first, and after about five minutes I felt that little rush of adrenaline coursing through my fingers. I seems like I've been more productive than usual this morning.
Third Sheet – 10:00 a.m.
Three sheets to the wind and feeling great. I've only been here two hours and I'm getting tons accomplished. If I take these continually I bet I can work at peak form all day.
As my database editor Sean noted, LeBron must only take them for the first three quarters.
Fourth Sheet – 10:45 a.m.
Still feeling good. There's no crashing like with soda or sugar, but I did yawn a minute ago which was a sign that I should pop another strip.
Fifth Sheet – 10:47 a.m.
I didn't really feel that last one so we'll try another. I've got a lot to get done.
Sixth Sheet – 11:00 a.m.
Everyone is moving really slowly today.
Seventh Sheet – 12:00 p.m.
I haven't blinked in about 45 minutes. Know why? Because blinking is a waste of time and energy. Those fractions of a second when you blink add up so that you're losing entire minutes of your life. I'm taking in 100 percent of the day and operating at maximum efficiency. 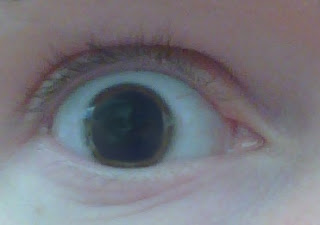 I think I'm going to give up sleeping too.
Eighth Sheet – 12:45 p.m.
I can see the future. In the future, Nickelback still sucks.
Ninth Sheet – 1:00 p.m.
Can see the past now, but only my own birth. Don't know why there was a scary clown in the room. Recommend skipping this step.
Tenth Sheet – 1:30 p.m.
Attained Nirvana. Am all places at once, like oxygen or The Flash. Wrote same sentence 418 times. Better every time. Rest of the world keeps vibrating. Not healthy. Probably needs Energy Sheets.
Conclusion: Take Energy Sheets from Chocolate Inn/Taylor & Grant. They let you see through time.
0 Comments
END_OF_DOCUMENT_TOKEN_TO_BE_REPLACED