Distributors, Can You Handle This: Capturing the Looks of Destiny’s Child

After all the build-up, Super Bowl XLVII is over. It was a night filled with emotional performances, stadium blackouts and a Baltimore Ravens’ victory. However, my Twitter feed was all about the “Beyoncé Bowl.”

Beyoncé has been creating a buzz ever since she was announced as this year’s halftime act. Critics speculated about a possible Destiny’s Child reunion. It was on; it was off. Who could really say? In reality, it was probably one of the worst kept secrets of the Super Bowl.

The performance began as Beyoncé appeared on a raising platform. Dressed in a leather jacket with padded shoulders and a short puffy skirt (no gold in sight!), Beyoncé commanded the stage. She quickly shed the jacket and tore off the skirt, which revealed lacy ruffles that looked almost doily-like. Backed by an all-female band, the bootylicious singer did a lot of hair whipping, shaking and sangin’.

If you blinked, you missed the big reveal of her former Destiny’s Child cohorts, Kelly Rowland and Michelle Williams. And even if you didn’t blink, you probably didn’t hear them thanks to low microphone volume. Love ‘em or hate ‘em, Destiny’s Child was one of the best-selling girl groups of all time. On Sunday night, many fans were reminded of the special role the women played in their lives. Really, who else are you going to listen to for tips on dating, being independent and other important stuff?

To celebrate the Destiny Child legacy, The Cut compiled a slide show of the group’s greatest style moments (note: bedazzled bikini tops and cowgirl hats included). If your clients want to incorporate some of these looks into their promotional wardrobe, here are some suggestions.

Go for the Gold
The “fun question” on many Super Bowl pools asked participants to guess if Beyoncé would sport a gold ensemble (or at the very least, a gold accessory). While the singer opted for black, gold is a longtime staple in her wardrobe. Not ready to dip yourself in gold from head-to-toe? Start out small with the Teramo Metallic Tote from Logomark. (For the record, I got that question right.)

Hats Off to You
Why choose between sequins and fedoras when you can have BOTH? Pair Jacobson Hat’s Sequin Fedora with some blinged out gloves for a classic Beyoncé-Michael Jackson-influenced look. 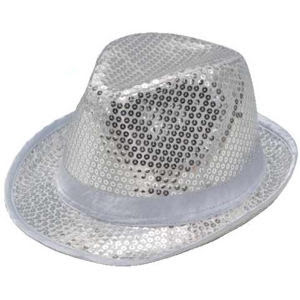 Calm, Cool and Collected
The members of Destiny’s Child occasionally evoked their sporty side. Your clients can do the same with the Bella Baby Rib Raglan Cap Sleeve Tee from Imprints Wholesale. The shirt features contrasting cap sleeves and set-on narrow binding around the neck. For the complete Destiny’s Child feel, make your own “V-neck” with a pair of scissors.

A United Front
Nothing screams “Girl Group” more than matching denim ensembles. There are photographs to prove it. Establish some unity with Custom Jeans from Macro Industries. If you want to get crazy, there are plenty of promotional denim bucket hats to go with it. 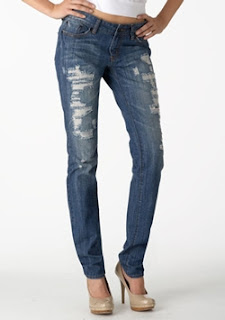 Suit Up
Destiny’s Child often touted “girl power.” For dramatic effect, the girls did so in a suit. Be seen and heard at your next meeting in Edwards Garment’s Stripe Suit Coat Poly/Wool.

(Editor’s Note: Beyoncé gave it a good shot, but no one will ever top Prince’s halftime performance—except maybe the Bissel Kitty Halftime Show on Puppy Bowl. MAYBE.)