Should You Be Worried About Amazon's Apparel Takeover? 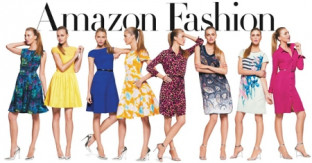 With Amazon preparing to dominate the athletic apparel market, many are wondering if it will live up to the hype. Lately, Amazon has been setting its sights on everything from shipping to cashier-less grocery stores, and there are no signs of stopping. But apparel? Certainly the e-commerce giant can't disrupt an already over-saturated market, right? Wrong.

Let's take a look at what some of the market analysts are saying. According to Business Insider, Amazon already was on track to surpass Macy's as the biggest apparel seller in the U.S., and that was before the athleisure label announcement. The company's clothing and accessory sales are expected to grow to $28 billion next year, while Macy's sales are expected to drop.

That leads us to market share. Currently, Amazon comprises 6.6 percent of the market, but analysts Cowen & Co. expect this to grow to 16.2 percent within five years.

In terms of Amazon's specific product offerings in the clothing industry, here is the breakdown: Recently, Amazon launched its own private-label clothing brand, Buttoned Down, to its Prime members. And that was only the most recent clothing line the company launched. In 2016, it launched eight of its own brands, including a women's label and children's clothing line. 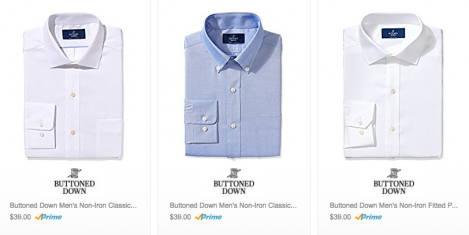 In addition, the company has hired several luxury fashion executives, potentially as part of its shift toward the high-end fashion sector. Industry experts are unsure what these moves spell for Amazon, we can assume they're up to something big.

Obviously, the retail world and the promotional world are very different entities. For now, Amazon is not jumping into branded merchandise, but seeing as promotional apparel is a growing industry, it might be something the company wants to pursue in the future. Because the company is able to guarantee fast turnarounds, thanks to its large inventory stock and two-day shipping, many shoppers find its services unmatched. This might be the time you add more SKUs, and look into ways to improve your customer service and delivery times.

What do you think of Amazon's new apparel business?