Some projections show the promo industry's recent and unprecedented sales growth slowing in the coming years. But 2018 was not that year. Our 2019 Top 50 Suppliers totaled more than $6.5 billion in 2018 sales, up from $5.2 billion in 2017. That's a big jump, no doubt due in part to the several large suppliers missing from last year’s list that returned for this year (including three top-10 suppliers that combined for almost $500 million in 2018 sales). But it certainly didn't hurt that 44 of this year’s top 50 promotional products suppliers increased year-over-year sales, with 18 of them posting double-digit percentage growth.

We should also note that our list does not include a few large suppliers that would have bumped total sales numbers for the Top 50 even higher. SanMar and Gildan, for example, would certainly rank in the top 10, but neither directly reports sales numbers. And we did not include Heritage Sportswear, No. 7 on our list last year, due to the ongoing uncertainty about its operating status. 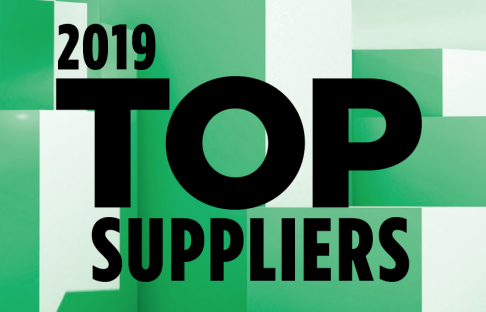 Otherwise, 2018 was a huge year. Hub Promotional Group vaulted from No. 13 last year to No. 8 this year—and grew sales by almost $100 million—after it acquired Debco, Origaudio and BCG Creations in 2018. (Its 2017 acquisitions of Best Promotions USA and Cooler Graphics likely also factored in). That made Hub the fastest-growing supplier by far with 90.99 percent year-over-year growth, but a number of other suppliers also put up gaudy growth numbers. S&S Activewear, for example, clocked in at 48.87 percent, followed by Hirsch Gift (40.32 percent), Tekweld (31.75 percent) and iClick (29.83 percent) as the next fastest-growers.

The 2019 list, as always, is a ranking of the year's largest promotional products suppliers by prior year sales volume. The list also includes 2017 sales revenue, number of employees and locations, and other information for each supplier, as well as honorable mentions for suppliers that either just missed the list or did not provide sales numbers this year but are known to have large sales volume.

In the meantime, here are some other stats and trends we saw in our analysis:

• This year’s top 50 promotional products suppliers combined to employ more than 28,000 people at 150 locations in 17 U.S. states and one Canadian province. California was home to the most suppliers of any state with nine, while the Midwest, as a region, was tops with 15 suppliers across seven states. Only one city, Seattle, was home to more than one Top 50 supplier (Cutter & Buck and iClick).

• The largest Top 50 supplier by total employees was Delta Apparel with 7,500, followed by Hit Promotional Products at 3,116. The smallest was HTT Headwear, with 32 employees. (Some large suppliers, such as alphabroder, did not report employee totals.) The supplier with the most locations was alphabroder with 13.

• As noted above, we do not estimate sales figures for suppliers that did not voluntarily disclose sales. In addition to SanMar and Gildan, suppliers such as 3M Promotional Markets, ETS Express Inc. and Sunscope Group of Companies would likely all have ranked in the top 20.