BuzzFeed, Sony and How Not to Use Branded Items (Hint: Not Instead of Payment) 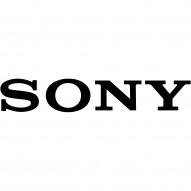 Imagine if your boss came by your desk one day and said, "Hey, just wanted to let you know that you have had the top sales figures for this company for a whole year! Great work! In lieu of your salary, however, I'm going to give you this T-shirt."

You probably wouldn't accept that, right? It's similar to how a lot of internships or jobs within the creative field try to circumvent financial payment in favor of paying "in experience."

A few weeks ago, we learned that Buzzfeed had paid one of its top traffic generators, who turned out to be a teenager, in promotional items. It was polarizing, because Buzzfeed staffers were upset that its management team was opting for free labor when it had a willing workforce rather than choosing to pay its staff writers, many of whom were recently laid off as the former click factory deals with revenue issues.

It's also the case of Joâo Figueiredo, a Brazilian computer researcher who successfully identified and reported code execution vulnerabilities in two Sony websites. According to The Register, when Figueiredo potentially prevented a massive security hole, Sony rewarded him with a T-shirt. With no real incentive to keep doing Sony favors, Figueiredo moved on.

"In addition to the two cases I reported to them, there are still other potential critical vulnerabilities," he told The Register. "However, Sony rewards the efforts of researchers with just a simple shirt. So I decided not to spend more time analyzing Sony systems."

Seems pretty fair, doesn't it? What he's doing is difficult and vital work for a company like Sony, and he potentially spared it from a damaging data breach. And it's not even that he's doing it for money—he's apparently done some reporting for the U.S. Department of Defense pro bono. It's just that other mega-rich companies offer cash rewards, so it's more worthwhile to shift his attention there. And in the case of Buzzfeed, it's a huge digital publisher (albeit one scuffling right now). To simply reimburse one of your biggest content producers with promotional items rather than a share in the profits is unsavory, to put it mildly.

The counterargument here is that, from a business standpoint, it doesn't appear either company was obligated to compensate the people in question. Neither was a paid employee, so any compensation they did receive was purely a bonus. Whether or not that's smart business, or even ethical—in Buzzfeed's case, as mentioned, the contributor in question was a teenager—is another story.

This kind of thing may not even be rare. Casey Ellis, founder and CTO of BugCrowd, said that Sony's "payment" method is fairly commonplace in this world of hacktivism.

"Swag is cool, and almost all hackers I've worked with love it, but it doesn't work in Walgreens," he said. "It's important for companies not to confuse swag or reputation with cash."

It's similar to the principle of paying with "experience." Let's apply that to writing. When you're in college or right out of school, companies are always saying that you can write stories for them and, while they can't pay you, you'll get "valuable experience." And that's true to an extent. You build a portfolio and learn new skills. But as Ellis said, landlords and grocery stores don't accept experience or branded hats in exchange for goods and services.

The lesson here is that promotional products are fun, sought-after and appreciated, but they have their limits. You need to match the gift with the amount of effort or work the recipient has put forth. Otherwise, it could come off as plain insulting. And it certainly doesn't help the overall reputation of the promo industry to see brands using the products in this way.