Environmentalism, Election Years and the Expo: A Q&A With PPAI President and CEO Paul Bellantone 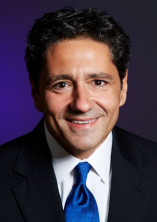 Every year at the PPAI Expo in Las Vegas, PPAI president and CEO Paul Bellantone has been kind enough to sit down with us, typically on the final day of the event, and give us some insight into how he's feeling at the end of the show, what he's heard from attendees, and what he's looking forward to in the next year in the promo industry. This year, Bellantone told us about how environmental and eco-friendly causes have taken a starring role at the Expo, and how election years can affect the way promo professionals go about their business.

PM: Just to start things off, now that the Expo is winding down, how are you feeling?
PB: I feel good about it. I think we had a good show. There are two ways that we measure a show. One of them is the numbers. And we're always trying to exceed the numbers that we did the year before, which we did, so we think we're over 13,000 attendees. We had 3200 booths. Our pre-registration was up. We knew we were going to be higher going into it, we just didn't know if it would carry over to the show. More important than that, the suppliers were happy. They were busy. It was hard for me to talk to them, which meant they had visitors in their booth. No matter what the numbers are, if the suppliers aren't happy it doesn't matter what the numbers are, right? They seemed to have a good show.

You know, someone just asked me what I thought was different about it this year, and it is that I didn't see a lot of distributors just walking around saying, "Can you scan me?" They were having conversations with suppliers beyond what's new or what's cheap. We've been saying it for a while - the ability to procure product is not your competitive advantage anymore. Anyone can get it. Your customers can procure products 24/7 online. What are you doing for them? And I think distributors are really starting to pick up on that, that they have to do something else.

PM: If there was any theme or overarching topic you feel like everyone has talked about the most this year on the show floor and in education sessions, what would it be?
PB: I think I'm paying particular attention to it because I was at the PSI show in Germany immediately before this—sustainability. Eco-[friendly], corporate social responsibility responsibility seem to be the buzz words that we're hearing. And I like that. It generally goes from something that's only operating in the margins, then it becomes a buzzword, then it becomes a focus. I think some of those conversations that distributors were having with suppliers were about sustainability—what's your brand story, and do you have something I can present to my clients that are sustainable? This is what they're asking for.

I did a session on Monday morning with Jeremy Lott from SanMar, Denise Taschereau from Fairware and Danny Rosin with Brand Fuel, and it was on corporate social responsibility at 8 a.m. on a Monday, and the room was full. Everyone had great questions, too.

PM: It seems like it's no longer a novelty if you're doing eco-friendly things. It's more that you're in the minority if you're not doing them. At least from walking around the show, you can't go three booths without seeing something made from recycled bottles or recycled fabric.
PB: It started with straws. Two years ago people were talking about straws and then plastic bags were banned some places. Now it's becoming part of the ethos of the industry. When I was in Germany, though, the difference there is that it's legislated. They have to have it to be legal. For us, it's beyond legal. It's a moral obligation.

PM: You mentioned the government. Not to get too deep into things here, but four years ago we had a similar talk right after the 2016 election. Now going into another election year, and it's always interesting to be at events like this during election years. Have you spoken to anyone about changes on the horizon they might foresee?
PB: We're always going to have someone who holds up a promotional product and calls it waste or misuse of the government, just like they did with the SWAG Act. It's a nice soundbite. "Stop wasteful spending by the government." Well, it's not wasteful spending. We were able to get the language changed. We actually had our language submitted as part of the legislation. So that's terrific. What I'm more concerned about is, the more uncertainty there is at the federal level, the more the states take things on on their own. So you look at what's happening in California right now with the Uber laws, their 1099 regulation. Once it hits California, then we're starting to see it in New Jersey, we're seeing it in New York. That's because when it doesn't happen nationally, states all create their own piecemeal regulation. That's harder for our members to adjust to. If you make it law across the country, we know how to shift and do those things. What we don't want is a Prop 65 in every state, their own version of a Prop 65. To me, the political environment is one where we have such uncertainty with the impeachment going on, you have the election coming up, the campaigns and the debates going on. It's just chaos. So the states are stepping in and doing their things.

PM: To wrap it up on a much more lighthearted note, like we ask every year, what are you looking forward to for the coming year in the industry and for PPAI Expo 2021?
PB: I'll speak to the association. 2020 is a strategic planning year for us. We're rounding out our last strategic plan we did four years ago, and it served us well. It was great having members advocating for the industry with strategic foresight and running a good business. I'm excited—we'll spend the first six months of this year trying to cobble together a plan that's going to move us through the next five years. So, much of that focus will be on that. I have a feeling we'll have a goal around corporate social responsibility, or at least somehow it will be embedded into our strategic plan. For the Expo, bigger and better. We're just trying to make it bigger and better.