Everything We Know About Vistaprint's Huge 'Project Apollo' Proposal in Dallas 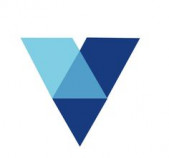 Vistaprint is reportedly set to invest up to $50 million in a Texas manufacturing facility that would also serve as a warehousing and logistics hub for the Dutch company.

According to the Dallas Morning News, the Dallas City Council will vote on the proposal, which is called Project Apollo, on June 13.

If approved, the new Dallas location would create or relocate 625 full-time and 125 seasonal jobs to the site, a 322,000 sq. ft. facility in an area called the International Inland Port of Dallas. The spot is nestled near three major highways (I035E, I-20 and I-45), as well as a Union Pacific rail terminal.

About this time last year, we reported that Vistaprint got a $2.2 million tax break to open a national sales office in Rhode Island.

This new proposal would include a $1.3 million property tax abatement for up to a decade for Vistaprint Manufacturing Texas. The project developer Becknell Industrial Operating Partnership would have the option to sell the land outright to Vistaprint after 10 years of leasing it.

Also, Dallas' economic development incentives package includes up to $300,000 in economic development grants to help Vistaprint with workforce training programs for its new staff. The city estimated the the project would generate a net revenue of more than $1.8 million over its 10-year lease.

That's about all we know, so far. The Dallas Morning News wrote that the project "has been shrouded in mystery, as city officials kept it under wraps the past few months."

Should the vote go through on June 13, however, we'll likely know more about Vistaprint's increasingly large footprint in the U.S.

Relax, Vistaprint Doesn't Want to Be Your Competitor

What the Heck Is Going On With CafePress?