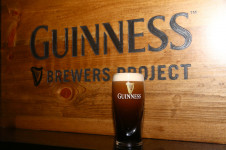 A law in Florida will officially allow bars and restaurants to accept branded drinkware for free. | Credit: Getty Images by Rich Fury

Remember the legal battle over whether beverage companies would be allowed to supply branded drinkware to bars and restaurants for free? It was something big-name companies were in favor of, but smaller companies, like craft brewers, were against.

The law favored the big companies in Florida, and the bill that would allow restaurant and bar owners to accept branded glassware from distributors for free became law in early October, according to the Tallahassee Democrat.

The law created an exemption to "tied house evil" statutes, which actually date back to prohibition. Those statutes made it so bars and restaurants had to buy branded glassware at cost, rather than accept items for free. This originally was put in place to prevent establishments from becoming "tied houses," which are places that are only served from one particular brewery, and tried to prevent alcohol producers from having financial interests or giving gifts to establishments that sell their product.

The law now is still in that same vein of capitalist competition. For restaurant and bar owners, it's good news, but it might actually create those same "tied houses" in a different way. While restaurants obviously won't sell beverages from one specific company, it could create something of an advertisement "tied house."

Small breweries, even if their products are on tap at the bar, might not have the financial ability to provide branded items for free. But bigger companies, like Anheuser-Busch and MillerCoors, could do it without taking a substantial hit at all.

Bar and restaurant owners are in favor, too. Because who doesn't like getting things for free, right?

"This bill helps keep overhead low and is good for business," Max Herrle, president of the Tallahassee Bar and Hospitality Association, told the Tallahassee Democrat. "Bar owners all across the state are sick of shelling out $2.50 for a glass, only to have it broken or stolen that night. We've fixed that with this bill."

Like pretty much any piece of legislation, there are winners and losers here. Florida's bar and restaurant owners are obviously the biggest winners. Big beer companies are coming out of this with a win, too, since they can now advertise with limited competition without going into the red.

But for smaller breweries, it's going to become harder to advertise via glassware or other drinkware items in bars and restaurants. Or, at least more expensive.