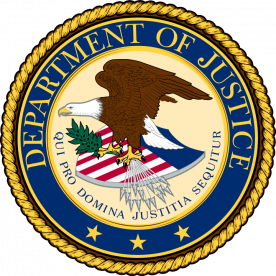 A fifth promotional products professional has entered a guilty plea in an ongoing investigation of price fixing. The companies involved had conspired to fix the prices of branded items such as wristbands, lanyards, temporary tattoos and buttons.

The latest guilty plea came from Akil Kurji, owner and president of Gennex Media. According to the U.S. Department of Justice, 11 defendants have been charged in the investigation.

The investigation first started in 2017, after Victor Rey, owner of a Houston-based wristband company, noticed "unusual pricing patterns in silicone gel wristbands that suggested others were acting in unison," he told the Houston Chronicle last year.

Rey himself was offered a part in the scheme in 2016 during lunch with a competitor, and gave the information to the FBI.

"Price fixing for small, logo branded items is illegal, just like it would be for a pair of Fortune 500 companies," U.S. Attorney Ryan K. Patrick said. "In the end, consumers are harmed by paying inflated prices for items."

Kurji's crime of price fixing and violation of the Sherman Act comes with a maximum sentence of 10 years in prison and a $1 million fine. That fine can change, however, to twice the gain derived from the crime or twice the loss suffered by the victims, if either of the amounts is greater than the maximum fine.

So far,  Zapaaz and Custom Wristbands, two other companies found guilty in the scheme, had to pay out $1.9 million and $409,000, respectively.

We reported last year that customers were considering a class action lawsuit on behalf of those who were scammed by the companies. Multiple civil cases have already been filed, too.

"The FBI investigates unlawful business practices, including those that seek to corrupt business markets," FBI Special Agent in Charge Perrye K. Turner, of the FBI's Houston office, said. "We work hard to safeguard American consumers so that they can buy goods and services with confidence that they are paying a competitive price."