Thanks to brands like Supreme and Off-White, men's fashion is no longer taking a backseat when it comes to streetwear and runway trends. Men are now lining up for exclusive apparel drops and spending major dollars to get in on the latest fashion crazes, and as a result, big name brands like Nike are trying to meet consumer demands.

According to Business Insider, Nike is investing big in men's apparel. Just this week, the athletic apparel giant launched a new collection of yoga wear for men. Men's athletic apparel tends to be marketed toward sports and running, so a collection that is explicitly for yoga is quite a deviation. 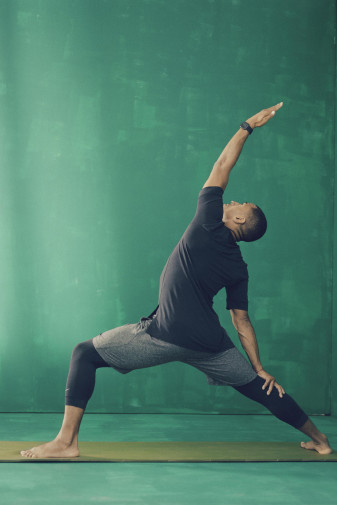 Business Insider pointed out that Nike's move is a clear threat to Lululemon, which tends to dominate the yoga apparel market. The company's collection is cheaper than Lululemon's offerings, making it a definite competitor.

Nike is not the only company turning its attention to its male consumers. Gap launched its new menswear brand, Hill City. Madewell launched menswear in September. And the Row created a menswear collection.

All these menswear launches indicate change is on the horizon for the apparel world, but does the data back it up? Business Insider cited intelligence firm Gartner L2's findings: In two years, revenue growth for men's clothing will surpass that of women's clothing. And Euromonitor International predicted that men's lines will outperform women's lines over the next six years.

Promotional apparel offers plenty of menswear options, but it's important for suppliers and distributors to understand what men want moving forward. No longer is menswear just about comfort—it's about style, exclusivity and details. And if Nike's latest exploit is any indicator, men's athleisure is poised to takeoff big time.