Last year, United Airlines announced it was launching new uniforms for its employees. There was no major PR unveil, like Delta Airlines had, and no complaints of rashes or hives, as with American Airlines. But it looks like United is going one step further, employing famed fashion designer Tracy Reese to outfit its female employees with styles specific to their needs.

According to WWD, Reese is partnering with Brooks Brothers and Carhartt to give employee uniforms a new spin. Brooks Brothers designed the pilot and male uniforms, and Reese is designing the uniforms for female flight attendants and customer service reps. Carhartt is handling the ramp service, technical operations and catering operations staff uniforms. 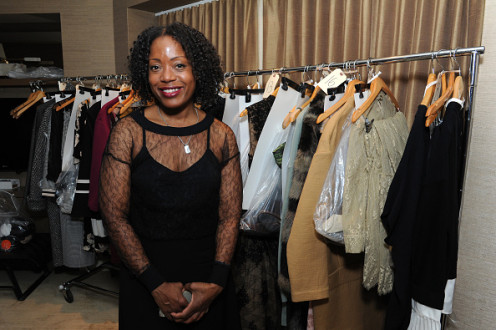 It is expected that the full uniform rollout will occur some time in 2020.

"[The United executives] said the reason that they came to me really was because their population is very diverse and the women really felt like they were wearing uniforms that were tailored for men," Reese told WWD in a phone interview. "They didn’t feel feminine. The uniforms lacked color and there was no pattern. They said, ‘We really thought of you because you design for women, you love color and that’s exactly what we need.'”

The first part of Reese's design process included a seven-day, seven-city tour of all United Airlines' main hubs. She spoke to thousands of employees to uncover what their job duties are and how the clothing could complement those needs.

It will be interesting to see what Reese comes up with for these special female uniforms. There's been a recent movement lately to design for women, rather than simply altering the original male uniform so that it's just a smaller version. Women are demanding more flattering styles, and designers in the promotional uniform world are responding to that request. If Reese sticks to her quotes up there, we're likely to see the finished product involve some degree of bright colors and patterns, which would certainly be a nice change from the typically safe uniforms most airlines employ today.