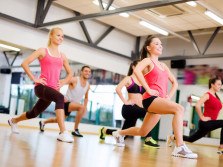 Athleisure has been under scrutiny for some time now. When Foot Locker reported poor earnings, investors and analysts blamed athleisure's demise. We held strong in our convictions that Foot Locker's fall and athletic apparel were two separate entities, and that athletic apparel continued to perform well.

As of last year, athletic apparel was dominating the market, and only recently did Amazon announce it was launching an athletic apparel brand. However, this recent article from Business Insider makes a compelling argument for athleisure's decline.

"The athletic apparel/footwear space was one of the strongest sub-sectors in our group coming out of the recession; but after an impressive multi-year growth cycle, we see several areas for concern that are not only likely weighing on the industry, but also have the potential to accelerate," said Tom Nikic, an analyst at Wells Fargo, according to Business Insider.

According to Nikic, the numbers don't lie. In 2016, athletic apparel grew only 6 percent, its slowest growth since 2010. And with Sports Authority declaring bankruptcy and athletic footwear underperforming other shoe categories, the data might speak volumes.

Nikic believes that athletic apparel will be forced to take a bit of a breather, and some brands will be hit harder than others. He predicted Under Armour would be one of the hardest-hit companies, and since they've already been floundering, we agree with this forecast. On the other hand, he said Nike's conservative approach to the market will keep it relatively safe through this process.

We will see if Nikic's predictions play out this coming year, but it's hard to be completely convinced that athleisure is going to take that hard of a hit. People still work out and hit the gym, and we can't imagine that comfort will lose the battle in the long-term.

What do you think of these athleisure predictions?