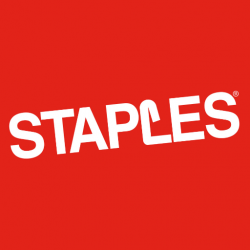 Bloomberg reported that Sycamore Partners, the private equity firm that bought Staples Inc. in 2017, is now looking to withdraw most of its cash investment through a recapitalization effort, leaving Staples with about $1 billion in additional debt and $600 million in equity. According to Bloomberg, the firm could also consider an IPO that would allow it to exit the investment altogether.

The recapitalization and any subsequent IPO would relate to the division of Staples that sells office supplies in retail and to corporate accounts. If it goes according to reports, it would increase Staples' debt load by more than $1 billion—from about $4.25 billion to $5.325 billion. Staples Inc. is the parent company of Staples Promotional Products.

Staples finalized its sale to Sycamore Partners in September 2017. Since then, the company parted ways with its CEO following a failed merger with Office Depot and laid off hundreds of employees. Some experts speculated that Staples sold for too low in the first place. Here's a good timeline of just how that failed Office Depot merger affected Staples, from our coverage at the time:

This decision started a downward spiral for Staples. As a result of the failure of the potential $6.3 billion deal, Staples' stock fell as much as 16 percent in New York that week, while Office Depot's stock fell 38 percent. Less than a month later, Staples and long-time CEO Ron Sargent, who had spearheaded the effort to merge with Office Depot, agreed to part ways. In his absence, Staples appointed Shira Goodman to the position of interim CEO and began a search for a permanent chief executive that ultimately lead to their choosing Goodman for the role in September of 2016.

The following spring, rumors began to circle regarding a possible buyout of Staples. These were solidified in May when Staples rejected an offer from Cerberus Capital Management. Although the firm reportedly offered Staples more than its projected value of $5.8 billion, the office supplier decided to try its luck despite a decline in revenue from roughly $24.67 billion at the end of fiscal year 2011 to approximately $18.25 billion in 2016. The gamble seemed to pay off at the time, as Sycamore Partnersagreed to acquire Staples in June 2017 for $6.9 billion. However, the next several months saw much speculation as to whether Staples had sold for too low of an offer.

Despite multiple law firms announcing that they were investigating whether the company had violated its fiduciary duty toward investors by failing to fine a suitable deal, Sycamore Partners’ takeover was finalized in September of 2017, ostensibly ending the saga…until now.

While Staples has since recovered, making several acquisitions and appointing a new CEO, the Sycamore news highlights the negative side of private equity. It's something that BAMKO president Phil Koosed discussed on the Promo Marketing Podcast in February. Koosed said that oftentimes when companies are backed by private equity, the pressure to make money fast becomes an issue. Without that pressure, companies can set their own goals and landmarks rather than overworking themselves to keep up with corporate demands.

"We're seeing this trend of [private equity firms] just smashing companies together in order to try to flip it to the next highest bidder a few years later," he said. "And that to me makes me real nervous. We've seen this movie before. We know how this ends."

Koosed added that he and his company were approached by private equity firms over the years, but always respectfully declined, citing their rule of "no private equity."

Conversely, there have been plenty of private equity successes in the promo industry, too. HALO Branded Solutions was first acquired by private equity firm H.I.G. Capital in 2003, and has since had multiple private equity owners, most recently TPG Growth starting in 2018. Those deals helped HALO make numerous acquisitions of other top distributor companies, and HALO has continued growing as a result, reaching $415 million in annual sales and placing No. 2 on our Top Distributors list for last year.

Numerous other suppliers and distributors in the promo space have been acquired by private equity firms over the last few years, and have benefited from the accompanying cash infusions and greater resources. Obviously, anyone at those companies would dispute the claim that private equity is a bad thing, at this point. But Staples' trajectory mirrors almost exactly what Koosed warned about.

ChatGPT For Blogging and SEO: What Distributors Need To Know