So much negativity often surrounds Philadelphia that we here at Promo Marketing love lauding locals whose actions shine a positive light on the city. Since commencing his career in 1985, Will Smith has given us—especially those who, like the 49-year-old actor and musical artist, hail from West Philly—ample occasions to hold our heads a tad higher when we mention our turf. This month alone, the entertainer has proven a proficient pride inducer, as he used YouTube's new Teespring-powered e-commerce capabilities to raise thousands of dollars for local causes by selling merchandise related to a Philadelphia mural.

We initially covered the altruistic gesture by the Academy Award nominee a couple weeks ago, noting how he felt compelled to honor a muralist’s depiction of him by introducing apparel goods whose proceeds would benefit a local charter school. While his clout alone could have helped move the garments, even a superstar could use a bit of a boost from technology. Since he and Teespring, a much-covered company on our website, had already partnered to market the items, Smith went a step further and made use of a timely new feature to generate $20,000 in only two days. 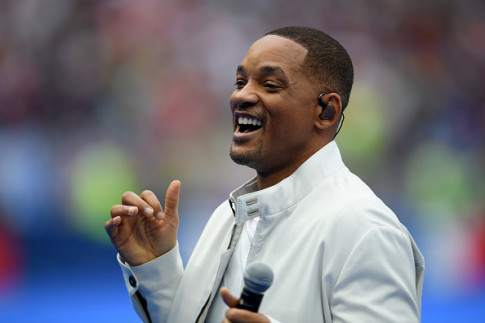 Two weeks before the mural’s early July unveiling, YouTube announced that creators with more than 10,000 subscribers could capitalize on capitalism by selling products through a shelf located below each posted video. Since Smith, fresh off an appearance at the World Cup's closing ceremony, has attracted more than 2.5 million devotees, relying on the Teespring-affiliated platform was a perfect way for him to get jiggy with his selfless side and better the educational amenities for pupils at Global Leadership Academy Charter School.

The aforementioned merchandise sales totals prove that combining philanthropy and technology can make for quite a successful promotional products campaign, as Smith, whose net worth checks in at $250 million, is poised to generate $100,000 from the YouTube/Teespring duo, according to Tubefilter. As for the deal between those two entities, we wonder, just ahead of its one-month anniversary, what else it will yield for the industry, as creators who meet subscribers' criterion can offer more than 20 kinds of merchandise. Will the shelf serve solely as a cash cow for many businesses, or will they also look to relax their commerce-centric identities in pursuit of a higher call?

Could 'Convertible' Apparel Be the Next Big Thing in Promo?
Comments
The Top Lists